Cameron Else is an ex paratrooper turned pro MMA fighter. Our lines crossed when I shot an MMA event in Margate and this photo essay will document his journey for a whole year. Through access to training sessions, fight preparations, personal life and fight nights, my aim over the year is to show the absolute dedication it takes to be a professional MMA fighter. The story will be documented as it happens until June 2018.

Cameron's morale was low as the weight cut had been brutal. In between sets, we spoke about the sacrifices he had to make. Cameron does the bulk of his training in America, spending a large amount of time away from his family and young children....

" it's easier for my son, as he is used to me being away but my 2 year old daughter finds it difficult"   CE 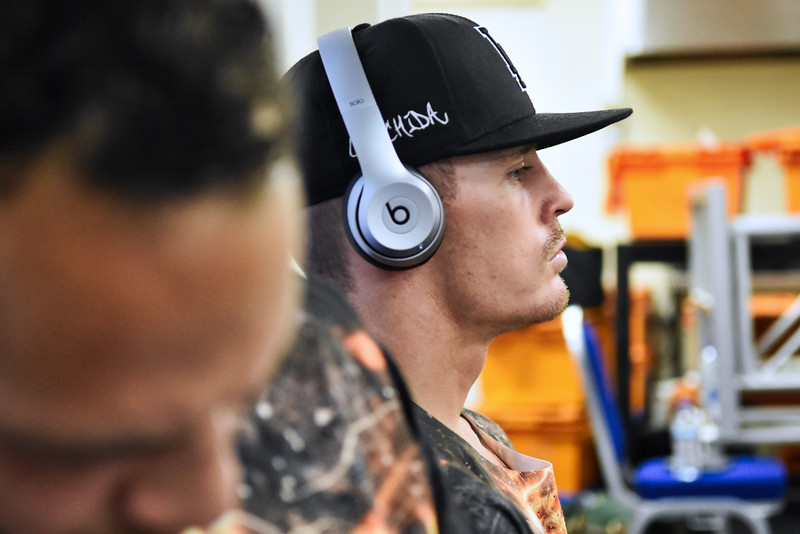 Cameron's pre fight routine is very relaxed. Music to gather his thoughts, hands taped, followed by a warm up to get the blood flowing. Upstairs before the ring walk his relaxed demeanour continued sharing a joke with his coach and doing some final stretches.

Cameron lost in the 2nd round.

These shots were taken seconds after he sat back in the changing room. Sat in silence, I asked if I should carry on shooting.....

We spoke about the fight against Damo Weeden. Visibly, he was still disappointed with the outcome discussing the huge differences between the training sessions and the fights. Cameron also spoke about how having a full corner team would have stopped him getting into a brawl in the 2nd round which ultimately lead to the loss. Despite this setback, Cameron still had the bigger picture in his sights.

"The harder I push myself, the tougher the situation, the bigger reward.....nothing in life worth having comes easy"  CE 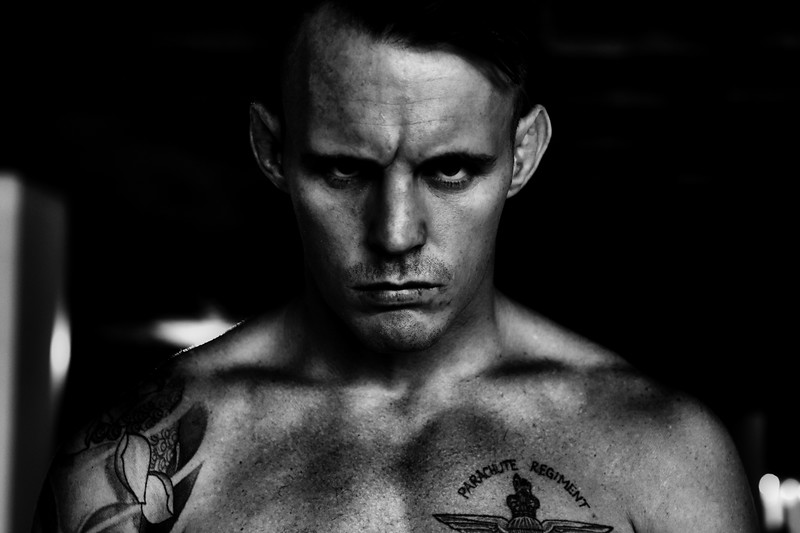 Cameron's opponent Damo Weeden, sustained a broken eye socket and is out of action for 9 months.

The saying 'lost the fight but won the war' comes to mind.

After his training camp at The Jackson Wink Gym, I caught up with Cameron for a shoot and to discuss the frustrations of the last 2 months. Cameron said that the training camp was great for improving his all round skill set but over the months he had a number of scheduled opponents that pulled out for one reason or another.

This led us to the politics of managing and protecting your fighting record. Cameron is at the stage in his career where fighters on the way up don't want to fight him and the guys with a decent record are looking for championship matches. Also, fighters of a similar record will swerve Cameron in order to fight journeymen to get a few W's leaving him with a very small pool of fighters to fight. Before signing with Elite MMA Agency Cameron would take on all comers at any notice.Their influence has been more tactical thinking more in terms of record management that gets you in front if the big boys of MMA. 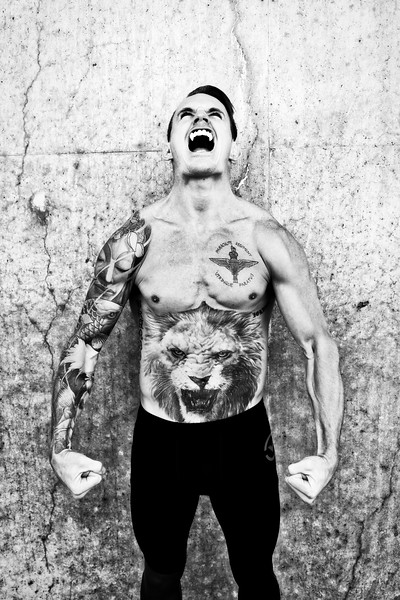 I caught up with Cam and discussed the year ahead. The back end of last year was a time of frustration full of fighters pulling out of scheduled fights and a long standing ankle injury that prevented training. However, 2018 seems to be looking brighter already. Confirmed fights for February with a view to take on all comers in the next few months and training 6 days a week.

Recently, I got the chance to watch Cameron train jiu jitsu at The Silverbacks gym in Canterbury. I love getting these candid and behind the scenes photos. This is where the hard work goes on, it's where the grind happens and where the dues are paid. Other than the hard work, the takeaway from the session was the mutual respect to one another. In all martial arts there is a dichotomy between trying to make the other tap out out and the bond you share when the roll is over- I find it fascinating. 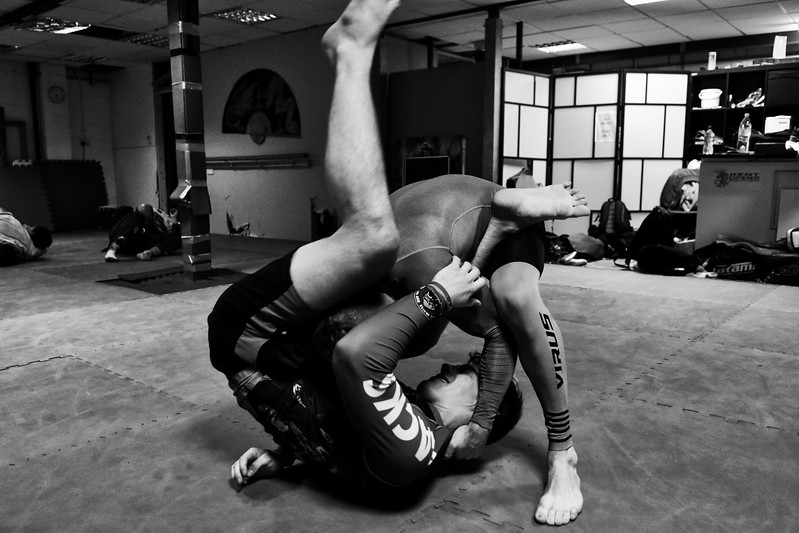 February 2018- Final preparations for his Cam's fight in London.

Well that didn't take long. Cam finished the fight in 14 seconds with a roundhouse kick. Speaking after the fight, it was clear that he was in a great frame of mind before and during the bout. A very relaxed and zen like mindset seemed to be present which translated to a relaxed and loose performance. Striking coach Jay Hemmings' last words to Cameron were to be clean and professional. He was certainly that.